God created man in His own image,

in the image of God He created him;

male and female He created them 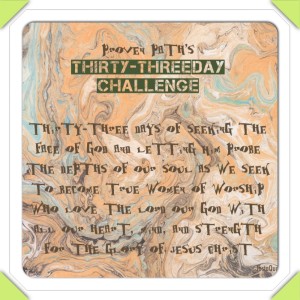 The Bible mentions only gender in reference to our divine design.

Why? Because the one true God is a social being… And the unique distinction between maleness and femaleness invites us to be social beings too. Our male and female differences are what create our craving for yada. We wouldn’t long to be known if we were all alike, right? The experience of being known means we start at a place of being unknown. This places authentic humanity and sexuality in the context of male and female diversity…

Any other view of gender is little more than one of the Villian’s battlegrounds for eliminating our belief in the existence of God. 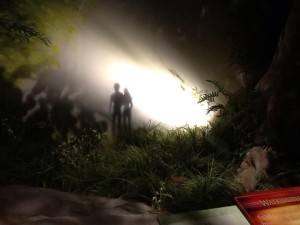 In our world today I am saddened most by this “unisex” push… I read an article once about a women who had a little child and hid this child’s gender from them and others in hope that the child would not be influenced by their sexuality.  This is absolute insanity to me. In truth this child came out of the womb either distinctly female or male. These women did not allow this child to naturally evolve into the child’s choice sexuality. No, they purposely set this child up to be confused… not clear.

This child is only one of many deeply wounded children that are being brought up to believe such lies. Oh, how we must be about our Father’s business! Oh how our world needs truth… how this world needs real love. Our society is drowning in a media induced counterfeit love that is driven by sin and wrapped in the cords of deception.

It doesn’t matter what surgeries you go through… it doesn’t matter how long or short you wear your hair. You might be able to reconstruct your body, but you can not reconstruct your soul. You are not male trapped in a female body, and you are not female trapped in a male body. You are a human being created distinctly male or distinctly female who is under the attack of the Liar and Murderer from the beginning.

The male and female are two distinct, independent humans, but when they come together, they are one, or in the Hebrew, echad.

For this reason a man shall leave his father and his mother,

and be joined to his wife; and they shall become echad flesh.

Guess where else we see this type of union?

Hear, O Israel! The LORD is our God, the LORD is echad!

Let us make man in Our image…

Male and female He created them.

You see God is distinctly three (Father, Son, Spirit), and yet in divine communion He is echad.  Coming together in the act of sex makes us echad. Coming together as male and female, joined in fellowship with each other and God, we are echad.

It is another way that we can offer our bodies as a living and holy sacrifice, acceptable to God (Romans 12:1-2), when we participate in sex within the boundaries our Creator has set instead of becoming conformed to this world. So beloved, don’t let the enemy of your soul convince you that “gettin freaky” with your husband is dirty or unholy. When husband and wife enjoy each other in the marriage bed… it is undefiled… it is holy to the Lord.

Not in the worlds way… but in God’s divine design way.

This year, 2014, on the television show American Idol they had two very obviously “gay” contenders. However, when it came down to deciding which group the two would compete in, whether the boy group or the girl group, this was not decided upon according to their sexual orientation, but according to the distinctly male and female that God created them within the womb of a woman… that belongs only to a woman.

He created us in His image, distinctly male and distinctly female. He created us in such a way that we display the echad of God Himself to the world. We see this illustrated in the creation of marriage in Genesis and we also see this in unity of the called out church… so even in our singleness we are able to glorify the unity of our God.