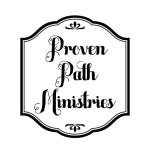 There was a time thousands of years ago when entire nations bowed at the feet of gods that they themselves had to create with their own two hands. Some of these gods would host altars of blazing furnaces. It is recorded that some particular gods were built in such a way that their arms were outstretched and their hands were open and tilted down into a pit of fire. They were designed this way so that people could lay their children on the arms and they would simply roll into the fiery pit as a sacrifice to this god.

It sounds barbaric and ancient and distant and surely nothing like this happens anymore. However, if we are honest and look around the world, we can see that in many nations that simply is not the case. In our nation that simply is not the case. We may not have a god with outstretched arms and tilted hands on which to lay our children as they roll into a pit of fire and are consumed alive before our eyes, but our modern more attractive gods doesn’t make them any less demonic.

But they mingled with the nations
And learned their practices,
And served their idols,
Which became a snare to them.
They even sacrificed their sons and their daughters to the demons,
And shed innocent blood,
The blood of their sons and their daughters,
Whom they sacrificed to the idols of Canaan;
And the land was polluted with the blood.
Thus they became unclean in their practices,
And played the harlot in their deeds.

The nation of Israel had been given laws and precepts and commands by the One True Living God that honored, respected, and loved children. The LORD their God had set up statutes that protected children and honored life and taught them that their strength was in their children. The LORD’s command was to teach their children His ways that they might have long prosperous lives. The Lord proved His Word to His people.

Yet in this proving and in His blessing their hearts grew proud. They forgot that all they had was a gift of God and was theirs as a result of the obedience of the generations before them to His commands. They began to flirt with other nations and with other gods and take on their practices, completely ignoring the warning of their Lord that the spirits behind these gods were demonic and idolatrous. We can look back and say, how on earth could they forget so quickly and fall so far away so fast?

They sacrificed to demons who were not God, to gods whom they have not known, new gods who came lately, whom your fathers did not dread.

They forgot so quickly and fell so far away so fast because these were new gods. They knew the warnings, the practices, the faces of the old, but these same old demons now came on the stage in a brand new array. There is a reason that Satan, in the book of Genesis, is described as the serpent “more crafty than any beast of the field which the LORD God had made.” He uses the same tricks, the same deception, but he dresses it up in different costumes. We usually do not recognize it is him until the tempter has moved us from temptation to sin and we are staring the resulting death in the face.

But each one is tempted when he is carried away and enticed by his own lust. Then when lust has conceived, it gives birth to sin; and when sin is accomplished, it brings forth death. Do not be deceived, my beloved brethren. Every good thing given and every perfect gift is from above, coming down from the Father of lights, with whom there is no variation or shifting shadow.  (James 1:14-17)

Currently suicide is the third leading cause of death in those 15 to 25 years old. For many of us we have experienced loved ones even younger taking their own lives.  Our schools are full of kids who bounce from home to home because their parents and grandparents are strung out on drugs or more concerned with a boyfriend or girlfriend than they are with raising their own children. Our churches are filled with pockets of pride and lack of concern for those outside of her walls and a refusal to work together with other churches for the cause of the gospel and the increase of the Kingdom of God.

Jill Carattini writes, “In our impervious boxes and minimalist depictions of the Christian story, we can comfortably live as if in our own world, blind and unconcerned with the world of suffering around us, intent to tell our feel-good stories while withdrawing from the harder scenes of life” (For Lazarus and Rachel).

Today, we are still sacrificing our daughters and sons to demons. Our worship of these gods just looks a little cleaner, a little cooler, a little less offensive, and comes dressed in promotions, pleasures, and personal ambitions. Even those who profess the name of Christ justify their worship of their god because they have their children in church on Sunday, but still ignore the command of our God to teach our children His Word and His Ways when they rise and as we go (Deuteronomy 6).

So how do we recognize the new gods as the demons that they truly are?

These new gods that our fathers did not dread come dressed in robes of entertainment and entitlement. They have altars of technology and societal approved sexual temptation. They ask for sacrifices of time and truth for the reward of momentary internet fame and instant fleshly pleasure. They offer freedom but it comes with chains of oppression and cords of death that quietly and covertly wrap us tightly until we are suffocating and bound under the weight of our own choices and their resulting shame. Then they turn on us and point their fingers and say, “Look what you’ve done!”

Look to Jesus and look at what He has done!