We continue in our Names of God series…

Today we will see that our Jesus is the Akrogoniaios.

For this is contained in Scripture:

“Behold, I lay in Zion a choice stone, a precious corner stone,

And he who believes in Him will not be disappointed.”

Akrogoniaios is the Greek word for Cornerstone and it means placed at an extreme corner, the corner foundation stone. Jesus is the Cornerstone. He is Akrogoniaios.

As look further at this verse, we also see that He is the choice stone. Choice in the Greek is eklektos and it means picked out, chosen, chosen of God, choice, select, best of its kind, excellence, preeminent. The word stone is lithos and it means a stone, of small stones, of building stones, of Christ.

So Jesus is the Cornerstone. He is the choice stone and He is the tested and costly stone.

“Behold, I am laying in Zion a stone, a tested stone,

A costly cornerstone for the foundation, firmly placed.

He who believes in it will not be disturbed.

For the Lord of hosts has visited His flock, the house of Judah,

And will make them like His majestic horse in battle.

“From them will come the cornerstone,

From them the tent peg,

From them the bow of battle,

From them every ruler, all of them together.

Not only the Cornerstone, but also the tent peg… I have a funny, yet pertaining story to share about the tent peg… 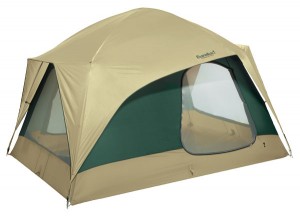 I was talking with my husband about some BIG PLANS I had come up with for a children’s ministry event. I was going to take our gym and transform it into an indoor campground. I was going to build a big “campfire” in the middle with lights and tissue paper and logs and limbs and everyone cold bring their tent and pop it in the gym… and while I am expounding in all my excitement in what I thought was a well planned out event… my husband looks at me and says, Nicole how are you going to stake the tents? You can’t drive the stakes in the gym floor…

Ugh! Well, that burst my bubble. The plan would never work because the tents were useless if they could not be properly staked to the ground.

Christ is the Cornerstone and He is the tent peg. Our house, our plans, no matter how grand or greatly connived or conceived will not stand if Christ is not the one that has them held firmly to the ground. He must be the beginning peg from which everything else is popped up and held.

He is the Cornerstone and for the rest of the house to stand it must be evenly lined up and connected to the first stone, the cornerstone. If we are connected to this cornerstone, this foundational wall, then we too are a part of His house…

Therefore, holy brethren, partakers of a heavenly calling, consider Jesus, the Apostle and High Priest of ourconfession; He was faithful to Him who appointed Him, as Moses also was in all His house. For He has been counted worthy of more glory than Moses, by just so much as the builder of the house has more honor than the house. For every house is built by someone, but the builder of all things is God. Now Moses was faithful in all His house as a servant, for a testimony of those things which were to be spoken later; but Christ was faithful as a Son over His house—whose house we are, if we hold fast our confidence and the boast of our hope firm until the end.

Jesus our Cornerstone is the Choice Stone, the Tested stone, the Costly Stone, and He is also the Living Stone. He is the Living Stone and those who come to Him come as living stones and they come to be apart of the building up of His house…

And coming to Him as to a living stone which has been rejected by men,

but is choice and precious in the sight of God,

you also, as living stones,

are being built up as a spiritual house for a holy priesthood,

to offer up spiritual sacrifices acceptable to God through Jesus Christ.

Jesus is the Cornerstone of the house of God and if we are to be a part of this house then we must come to Him and through Him… because as we have already learned in our study of His names, not only is He the Rock from which the Cornerstone is hewn by which the house is built and the foundation is begun but He also is the Door of entrance into the house and not only is the Door, but He is the Bridegroom that carries His bride over the threshold of that Door and He not only is the Bridegroom of the house and the Door to the house, but He also is the Light in and of the house… oh my goodness are you shouting yet?!? This is our Jesus!

we both have our access in one Spirit to the Father.

So then you are no longer strangers and aliens,

but you are fellow citizens with the saints,

and are of God’s household,

having been built on the foundation of the apostles and prophets,

Christ Jesus Himself being the corner stone,

in whom the whole building,

is growing into a holy temple in the Lord,

in whom you also are being built together

into a dwelling of God in the Spirit.

It is only through Jesus that we have access to the house and it is only Jesus who is the Cornerstone of the house… He must be the foundation. It doesn’t matter who lays the next brick or how they lay it as long as it is connected and laid in line with the Cornerstone.

What then is Apollos? And what is Paul? Servants through whom you believed, even as the Lord gave opportunity to each one. I planted, Apollos watered, but God was causing the growth. So then neither the one who plants nor the one who waters is anything, but God who causes the growth. Now he who plants and he who waters are one; but each will receive his own reward according to his own labor. For we are God’s fellow workers; you are God’s field, God’s building. According to the grace of God which was given to me, like a wise master builder I laid a foundation, and another is building on it. But each man must be careful how he builds on it. For no man can lay a foundation other than the one which is laid, which is Jesus Christ.

However, if you come as a living stone to the Living Stone and you are of the house of God then one day…

Then I saw a new heaven and a new earth; for the first heaven and the first earth passed away, and there is no longer any sea. And I saw the holy city, new Jerusalem, coming down out of heaven from God, made ready as a bride adorned for her husband. And I heard a loud voice from the throne, saying, “Behold, the tabernacle of God is among men, and He will dwell among them, and they shall be His people, and God Himself will be among them, and He will wipe away every tear from their eyes; and there will no longer be any death; there will no longer be any mourning, or crying, or pain; the first things have passed away.”

Then one of the seven angels who had the seven bowls full of the seven last plagues came and spoke with me, saying, “Come here, I will show you the bride, the wife of the Lamb.” And he carried me away in the Spirit to a great and high mountain, and showed me the holy city, Jerusalem, coming down out of heaven from God, having the glory of God. Her brilliance was like a very costly stone, as a stone of crystal-clear jasper. It had a great and high wall, with twelve gates, and at the gates twelve angels; and names were written on them, which are the names of the twelve tribes of the sons of Israel. There were three gates on the east and three gates on the north and three gates on the south and three gates on the west. And the wall of the city had twelve foundation stones, and on them were the twelve names of the twelve apostles of the Lamb. The one who spoke with me had a gold measuring rod to measure the city, and its gates and its wall. The city is laid out as a square,…

For this is contained in Scripture: “Behold, I lay in Zion a choice stone, a precious corner stone, And he who believes in Him will not be disappointed.” This precious value, then, is for you who believe; but for those who disbelieve, “The stone which the builders rejected, This became the very corner stone,” and a stone of stumbling and a rock of offense”; for they stumble because they are disobedient to the word…

If you stumble over the Cornerstone, it s because you are disobedient to the Word… but those who come to the Word to obey it… they find that the foundation on which has been laid with this Cornerstone is strong, firm, steady, solid, dependent, steady, unwavering, trustworthy, no matter the storm.