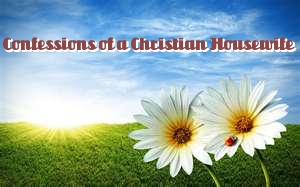 However, all of that aside, I know now that my “hard place” was not really because of any of that… but because I had not brought my hurt, my confusion, my anger, my disappointments in prayer to my God. I had not been before the throne of grace to find mercy and help in dealing with these things and therefore I had little mercy and grace to give to myself or others.

We simply cannot give of what we ourselves have not first from God received.

Granted, I have tried hard to not let my emotional junk outwardly show, because I learned a long time ago to obey truth, not my feelings… but my feelings God does see, and He wants grace and mercy to come from my innermost being, not just my outward motions.

What I have realized these past months, is that my “quiet time” had become solely “lesson prep” time… my time in the Word had become purely mechanical to provide food for others. I realized that I was starving myself in order to feed others…

I also realized that I was harboring a lot of stuff and well the way you deal with harbored stuff is to shelter it, and the way you shelter most stuff in order to protect it or hide it, is to throw up walls… and well likewise, in order to protect your heart many times the easiest thing to do is to just throw up a wall. But the problem with walls is that they are hard to see through. They are also hard to love through.

That is why He sent His Son, to tear down the walls, to rip through the dividing wall, to tear the veil that separates… but at the same time He sent Him as an example for us to follow in all things and in all areas of our life.

A balm began to be applied to my heart and soul as I began a study at the beginning of the new year in the book of John and as I have started back at the beginning with reading through His Word.

Now when He was in Jerusalem at the Passover, during the feast, many believed in His name, observing His signs which He was doing. But Jesus, on His part, was not entrusting Himself to them, for He knew all men, and because He did not need anyone to testify concerning man, for He Himself knew what was in man.

So this is where I realized I had found myself. A girl who once LOVED going to church… now taking deep breathes before she pulls into the parking lot because she doesn’t know who is going to be upset with her, complain about her, or even compliment her when she doesn’t feel at all worthy to receive compliments and doesn’t know how to respond to them… because deep down what she is hearing is not really a compliment at all, but a “thank God you are doing this because it means I don’t have to“

Yet at the same time, knowing with all that is within her that God has called her… so she keeps pressing forward even though her heart wants to shrink back into the shadows and hide from everyone.

The breath of fresh air that I found in the book of John was timely and needed, reading how Jesus was accused of having a demon, of judging others unlawfully, of being a false teacher, of leading others astray… well it is a wave of relief to this girl who truly tries with all her heart to be faithful to her God and to speak truth, and live truth, and love in and with truth… but still stumbles, falls, and fails with the best of them… and has been accused, slandered, and even threatened by those who do not even know her.

As I studied through the book of John again… it was nice to be reminded that I was not alone.

However, as soon as I began to breath, the suffocation began again.

A new and different journey begins for me and my family today… the journey of releasing… and learning to once again to try and just breathe.