It is Genesis that we see The Beginning of Hope…

Sin entered the world with the fall of mankind… through Adam and Eve, yet in their sin God provided hope.

And I will put enmity
Between you and the woman,
And between your seed and her seed;
He shall bruise you on the head,
And you shall bruise him on the heel.

It would be in the space between, that redemption would come.

Now the man called his wife’s name Eve, because she was the mother of all the living”

It would be in that space between the word of God and the flesh of God that redemption would be possible. The moment when the two become one. 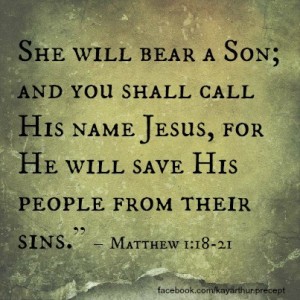 Now the man had relations with his wife Eve, and she conceived and gave birth to Cain, and she said, “I have gotten a manchild with the help of the Lord.”

Eve knew the way of redemption had come… Right here we see her hope! In hope against hope she believed… that through her seed God would restore what they had destroyed. However… Cain was not the appointed one. Eve would bear other sons… we know the names of three… Cain, Able, and Seth.

Cain would kill Abel. Seth would be conceived and born after this murder.

Adam had relations with his wife again; and she gave birth to a son, and named him Seth, for, she said, “God has appointed me another offspring in place of Abel, for Cain killed him.” To Seth, to him also a son was born; and he called his name Enosh. Then men began to call upon the name of the Lord.

Cain is qayin in the Hebrew, and it means spear.

Abel is hebel in the Hebrew, and it means vapor, breath, vanity, worthless, useless.

Lord, make me to know my end, And what is the extent of my days; Let me know how transient I am. Behold, You have made my days as handbreadths, And my lifetime as nothing in Your sight; Surely every man at his best is a mere breath. Surely every man walks about as a phantom;

Seth is Sheth and it comes from shith and it means to put, set, appoint, fixed position, to place.

Then men began to call upon the name of the Lord.

I believe Eve thought she and Adam had provided their own salvation- Cain, with the help of God of course. Yet, this was not the case. The spear would pierce through this useless, vain, worthless, breath of Adam and Eve. They would see that they are but a vapor and strivings for their own salvation would get them nowhere. They were created in the image of God, yet this flesh that enslaved them was fit only for death.

They would then have Seth. This son would be the set, appointed, line of redemption for all mankind. It would be through the lineage from Adam to Seth that the Son of the promise of Genesis 3:15 would come. The Messiah. The Christ. Jesus the Son of God.

Yet, Seth did not come until they understood that salvation would be the work of God alone… not theirs with the help of God, but God alone.

Seth, in the naming of his son, would declare the set state of mankind.

Then men began to call upon the name of the Lord.

The child that would save mankind from the chains of sin would not be a seed of Adam… but the very Son of God.

Therefore the Lord Himself will give you a sign: Behold, a virgin will be with child and bear a son, and she will call His name Immanuel.

For a child will be born to us, a son will be given to us;

“For God so loved the world, that He gave His only begotten Son, that whoever believes in Him shall not perish, but have eternal life.”

Redemption would come, hope would come in the space between, in that blessed interval moment in time when the flesh of man and the Life of God would collide and the two would become one, the God-Man, the Word made flesh, would come and dwell among us… and when Cain would rise up to kill him as he did Abel… He would discover that this One was not a mere vapor or breath… this One was God Incarnate, Immanuel. The One who would save His people from their sin.

One thought on “The Beginning of Hope (Part 2)”