We are in the strangest days. Our world is currently experiencing a pandemic. This day in which we are living will be written down and recorded in our history books along with the dust bowl, great depression, black plague, and so on. It is a historic day. Today is not a day for arrogant foolishness, it is a day designed for great humility.

The first time the word plague is used in the Bible it was God who sent it. He sent it to Pharaoh in Genesis 12:17 because he took Abram’s wife Sarai as his own. God sent the plague to wake up the Pharaoh and lead him to ask questions as to why this might be happening now. The plague actually was hitting his nation because the man of God had lied to him about his bride. Abram had misrepresented who Sarai really was for his own self interest.

The next time the word plague is used is in Exodus. God purposely sent these plagues to Pharaoh, to the current world power, because this power refused to acknowledge Him as God and honor His commands. The plagues were not random, they were specific. Each plague targeted an idol, a false god, of the nation that held the people of God captive as slaves. The plagues had purpose. The plagues were used by God to accomplish His will.

The next time the word plague is used in the Scriptures is in the book of Leviticus. In Leviticus 26 the Lord is addressing His nation. He has delivered His people from Egypt and He has given them His laws, precepts, statutes, and commands. He has led them in a pillar of cloud by day and a pillar of fire by night. He has fought for them. He has given them manna from heaven to eat. He has given them water from a rock. He has judged them faithfully. He has proven His name and power and might and love to them. Now here in Leviticus 26 He reminds this new nation that they are His and they will be living in His land and are to obey all that He has taught them. If they do not, He will purposely and strategically send plagues to remind them who they are and whose they are and how they are to live in accordance with that knowledge.

In the book of Job in the first two chapters we are given privy to an interaction between Satan and God. We see Satan attempt to bait God using the motive of the hearts of the people who worship Him. Satan accuses God of buying worship through His blessings. God points out one of the most blessed men in the world at that time and says, “Have you considered my servant Job?” We then read of Satan’s power and his attack on this man and his family, but take note that his power only came by permission. Satan could only do what the Lord allowed him to do and the Lord only allowed him to do what He needed him to do in order to accomplish an even greater purpose that would open the door for the Lord to bless Job even more.

We see this same truth played out with God’s own Only Begotten Son, Jesus. Satan thought he had the upper hand as the crowd cried crucify and a Roman spear pierced the side of the Son of David, the Son of God, but he was no where near the winner’s circle. The God of all Creation was simply working the clay in His Master Potter’s hands. The glorious Grand Weaver was guiding the needle skillfully and purposely as He has since before the foundation of the world.

“If there is famine in the land, if there is pestilence, if there is blight or mildew, if there is locust or grasshopper, if their enemies besiege them in the land of their cities, whatever plague or whatever sickness there is, whatever prayer or supplication is made by any man or by all Your people Israel, each knowing his own affliction and his own pain, and spreading his hands toward this house, then hear from heaven Your dwelling place, and forgive, and render to each according to all his ways, whose heart You know for You alone know the hearts of the sons of men, that they may fear You, to walk in Your ways as long as they live in the land which You have given to our fathers. (2 Chronicles 6:28-31)

The last time the word plague is used in the Scriptures is in the book of Revelation. The last time the word is used is in the last book and in the last chapter of the Word of God. So from Genesis 12 to Revelation 22 we see over and over again how the Lord has used plagues to wake people up. In the Word of God there was never a purposeless plague.

In the the book of Revelation in chapter nine verse twenty we read, “The rest of mankind, who were not killed by these plagues, did not repent of the works of their hands, so as not to worship demons, and the idols of gold and of silver and of brass and of stone and of wood, which can neither see nor hear nor walk; and they did not repent of their murders nor of their sorceries nor of their immorality nor of their thefts.” In the chapters preceding we read of many different plagues once again specifically and purposely designed and timed for the hope of waking people up and turning their eyes and hearts to the Lord.

In each and every one of these plagues, from Genesis to Revelation, the plagues are accompanied with a preacher, with a prophet, with a proclamation of hope in God. The Gospel, the Good News, the testimony of Truth is always right there running loudly beside the plague begging us to take refuge and find safety in the One who created heaven and earth. This heaven and earth is and will pass away and only those that are in Him will live. Our God jealously and fervently calls out to us to get in Him, to find shelter in Him, to hope in Him, to trust in Him, to obey Him, to love Him for it is for our good.

“I, Jesus, have sent My angel to testify to you these things for the churches. I am the root and the descendant of David, the bright morning star.” 1The Spirit and the bride say, “Come.” And let the one who hears say, “Come.” And let the one who is thirsty come; let the one who wishes take the water of life without cost. I testify to everyone who hears the words of the prophecy of this book: if anyone adds to them, God will add to him the plagues which are written in this book; and if anyone takes away from the words of the book of this prophecy, God will take away his part from the tree of life and from the holy city, which are written in this book. He who testifies to these things says, “Yes, I am coming quickly.” Amen. Come, Lord Jesus. The grace of the Lord Jesus be with all. Amen. (Revelation 22:16-21)

In the Word of God there was never a plague caused and sent by Satan in Satan’s own power according to Satan’s devise. Therefore, I personally refuse to give that deceiving slippery snake more credit than is his due. I instead choose to trust my God. I choose to look to my own heart first and to my own priorities and see where I need work done in being conformed into the image of Christ. I choose to stop and spread open my heart and submit to the Potter’s hand for I know I am unfinished. I know there is much to do in me. I will not see this as a time to be arrogant, no instead I choose to see it as a time to be bowed down.

My prayer is that the church, the bride of Christ, would do the same. Let us use this time of quarantine to seek the face of our God. Let us be willing to lay open our churches and let Him reveal our hearts to us, because let me tell you… we, His bride, here in America, we are a hot mess. We are arrogant. We are boastful. We are prideful. We are selfish. We are self-seeking. We are rude. We, as a whole, do not love. We fight amongst ourselves. We belittle one another. We put burdens on others that we ourselves refuse to carry. We are greedy. We do not give. We do not have a heart for the lost. We like the stage. We like the applause. We seek to use God not be used by God. We do not despise the shame, but instead allow it to keep us silent. May this pandemic wake us up.

For My hand made all these things, thus all these things came into being,” declares the Lord. “But to this one I will look, to him who is humble and contrite of spirit, and who trembles at My word. (Isaiah 66:2) 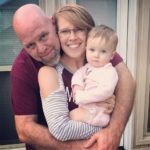 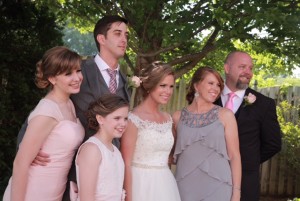 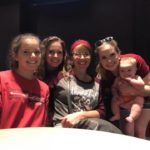 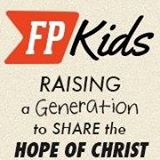 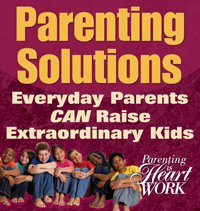