One more today for April’s Autism Awareness. Today Andrea will be sharing with us about Alex’s Brutal Honesty… 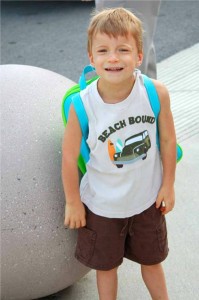 If you know a person with Autism or Asperger’s Syndrome, then you most likely know that they are often very honest, brutally honest. They often are only interested in telling the truth in a situation no matter how it affects people’s feelings. I am not trying to lump everyone with Autism into this category, but Alex definitely fits in with those who are like this.

In the past, Alex will typically tell me the truth about anything I ask him. If I ask him if he spilled something on the floor or messed something up, he will answer, “yes” (if he did it). If he didn’t do it, he will throw Annika or Lincoln under the bus in a heartbeat. However, there have been times lately where he does lie to us.

For example, Alex does a lot of oral stimming (I will discuss this in another post).

He likes to chew on zippers a lot, and you will often find him chewing on his jacket – he seems to like to do this on the bus. He will get off the bus, and half of his jacket will be soaking wet. We get up to the house, and I will ask him if he chewed on his jacket. He will typically answer, “No”. I then make him look me in the eye, and I ask him again, and he will then tell the truth. So, I guess he is starting to learn things from his brother and sister . 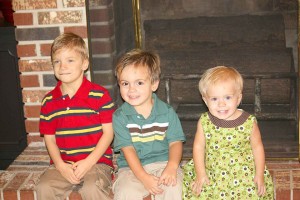 I have to admit that we do sometimes get excited when he does tell a small lie – I guess it makes us feel like he is doing something that “typical” children often do.

Alex is typically very honest with his answers to questions and things he tells you. At times, I have to admit that his brutal honesty has been embarrassing. Alex loves to be the person to push the buttons when we get in elevators. When we are at the hospital, the elevators are typically busy, and there are often people in them when we get in. I try to explain to Alex that he can’t push around people to get to the buttons (he doesn’t understand a person’s personal space or social etiquette). He will look at the people and scream, “I DON’T LIKE PEOPLE!!! Why do they have to be in here and push the buttons?”. Thank goodness a lot of times people can’t understand what he is saying because he is yelling so fast and loud .

There have also been a couple of times in church where we tell him it is time to go in front of the church for Children’s Church, and he slams down his iPad, screams “I don’t like church! Why do we have to come to church?” as he walks up the aisle and hits the back of seats when he comes to them.

Yes, we sometimes want to crawl into a hole …

I have also learned that Alex can tell when people honestly care about him and really want to be his true friend. But, I will talk more about this in a later post. 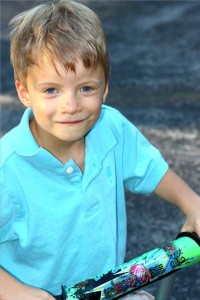